Rumour Has It: Juve offer Dybala for Pogba, Chelsea poised to announce Lampard 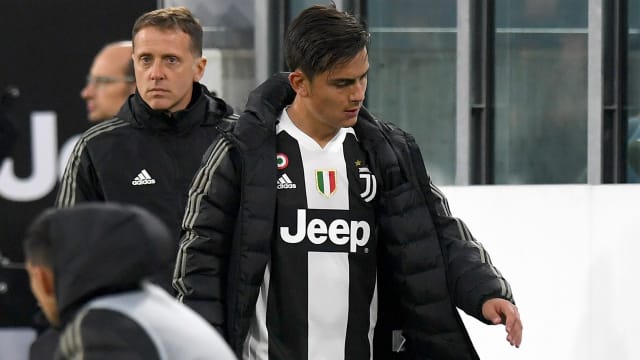 The race for Manchester United star Paul Pogba is heating up.

But Juventus are looking to steal a march on Real Madrid by offering one of their stars in exchange.

After Real Madrid reportedly offered Gareth Bale to Manchester United in a swap deal for Paul Pogba, Juventus have countered.

According to Marca, Juve have put forward Paulo Dybala in an attempt to prise Pogba back to Turin following his €105million departure in 2016.

Dybala has struggled since Cristiano Ronaldo's arrival and Juventus are determined to add Pogba to Maurizio Sarri's midfield.

- The Guardian says Frank Lampard will be announced as Chelsea boss on Thursday. Blues great Lampard was seen at Stamford Bridge on Wednesday.

- Arsenal are set to make an improved bid for Celtic left-back Kieran Tierney after their £15million offer was rejected, according to the Mirror.

- AS reports Real Madrid and Tottenham have opened discussions regarding Dani Ceballos, who is surplus to requirements under Zinedine Zidane at the Santiago Bernabeu. However, Spurs star Christian Eriksen was not discussed.

- Southampton have not made an offer for AC Milan forward Andre Silva, according to the Daily Echo.

Frank Lampard to be unveiled as new Chelsea manager on Thursday |@domfifield
https://t.co/d3jpmX9Czm

- Sport Italia reports AC Milan have approached Schalke about centre-back Matija Nastasic after being put off by the price of Liverpool defender Dejan Lovren.

- Juventus striker Mario Mandzukic could be set for a return to the Bundesliga, according to La Gazzetta dello Sport. Borussia Dortmund are reportedly pushing to sign the 33-year-old former Bayern Munich star, who only signed a new deal in Turin in April.

- According to the Sun, Leicester City have been quoted £40m for Brighton and Hove Albion defender Lewis Dunk as Harry Maguire continues to be linked with Manchester United and Manchester City.