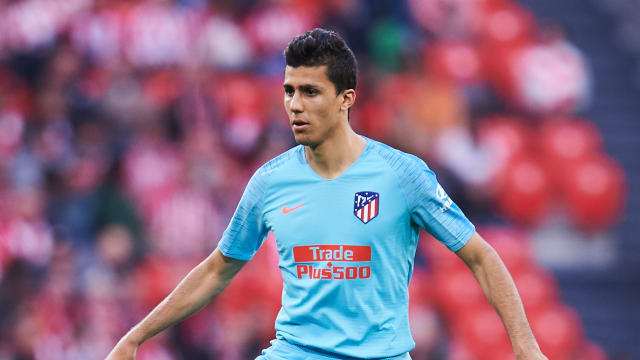 Manchester City bolstered their options in midfield by making Rodri their record signing.

Rodri has joined the Premier League champions from Atletico Madrid on a five-year deal after the club triggered his reported €70million (£63m) release clause, launching him to the top of the pile in City's spending list.

Riyad Mahrez became their record signing in July 2018 but his £60m arrival from Leicester City has now been surpassed - the seventh time the club has set a new benchmark since Sheikh Mansour's 2008 takeover.

We take a look at the players who City splashed the most cash on and how they fared at the Etihad Stadium.

September 1, 2008 was a breathless affair at Manchester City. It began with breaking news of a takeover and talk of untold riches, rumbled forward with transfer speculation as remarkable as it was baffling and ended – sensationally – with a British record purchase of Robinho. The lavishly gifted Brazilian brought the house down with a goal on his debut against Chelsea – City eventually lost 3-1 – and produced some magical moments on his way to 15 goals in 2008-09. A lack of consistency frustrated Mark Hughes and quickly persuaded Roberto Mancini to move Robinho on, but his signing will forever be synonymous with City's horizons changing beyond all recognition.

Much of City's vast outlay after Robinho focused upon established stars with their reputations set and, perhaps, their best years behind them. Mancini's initial overhaul, featuring the purchases of Yaya Toure and David Silva, was a decisive step in the right direction and yielded an FA Cup. But it was a 23-year-old Aguero, a one-time teen sensation who had taken LaLiga by storm, who propelled City towards a title he would secure in such unforgettable fashion. In every season at the club, barring an injury-hit 2012-13, he has topped the scoring charts and in November 2017 became City's all-time leading scorer. An unqualified success.

The goal that broke the record #mancity (cc @aguerosergiokun ) pic.twitter.com/M0nb7MTq3O

Much conjecture and controversy surrounded Sterling's move from Liverpool to City and, despite early promise under Mauricio Pellegrini, the baggage of a transfer that saw him become the most expensive English player in history appeared to weigh heavily on the winger. But the 24-year-old has flourished under Pep Guardiola and is now an indispensable member of City's attacking line, even having the audacity to challenge Aguero's status as leading marksman over the past two seasons.

De Bruyne ensured Sterling's spell as City's record signing was short-lived and instantly lived up to his reputation as a goalscoring midfielder and an assist machine. A disjointed City limped to a fourth-place Premier League finish in 2015-16. Even then, it was not entirely unreasonable to suggest they might have won the title had De Bruyne not missed two months with ankle ligament damage. He was already so pivotal and Guardiola's shrewd decision to move De Bruyne into a slightly deeper midfield role has established him as City's beating heart. A series of injuries limited his impact in 2018-19 but a clean sweep of domestic trophies was still secured in phenomenal fashion.

Guardiola has had a decisive influence over the upward trajectories enjoyed by Sterling and De Bruyne and spent in the region of £50m apiece for John Stones, Kyle Walker and Benjamin Mendy, but Laporte was the first player to persuade him to set a new transfer record at City. Stylistically, it is easy to see why, with the 25-year-old an elegant, ball-playing defender very much in the Guardiola mould. Dictated by his release clause, it was a staggering fee for a player without a senior international cap but the fact Brazilian goalkeeper Ederson was in the same boat when he arrived from Benfica for £34.7m in 2017 means the manager's instinct should be trusted. Laporte has established himself as a pivotal part of City's defence and will be expected to remain so for many years following the exit of club icon Vincent Kompany.

We're going to love having you here, @Laporte ! #welcomeaymeric pic.twitter.com/FpnbklZ65B

Mahrez almost signed for City at the end of the January 2018 transfer window, only for the move to fall through on deadline day. But, as with Laporte, Guardiola and City showed they were willing to wait for their man. Mahrez made no secret of his desire to move on from Leicester but struggled to prove he deserved the big move he so craved. Mahrez was a huge part of the Foxes' unlikely title triumph, named the Professional Footballers' Association Player's Player of the Year in the 2015-16 season, but has failed to hit those heights since. An unspectacular maiden season at the Etihad saw him score 12 goals and assist the same number in all competitions.

Guardiola has frequently talked about the difficulties of finding a player that can perform the role Fernandinho does for City – let alone do so at a similar level. Losing out on Jorginho to Chelsea was a blow for the Catalan, but he was clearly satisfied that Rodri is more than up to the grade for the Premier League champions. The 23-year-old Spain international instantly made himself a key figure in Atletico's combative midfield after joining from Villarreal a year ago and will hope to do the same at the Etihad.