Goodwin to rejoin Rabbitohs from Warrington 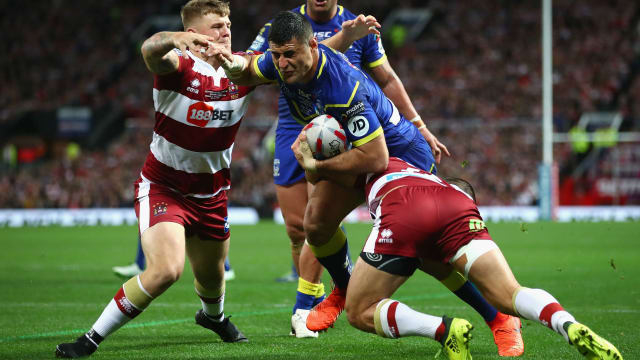 South Sydney Rabbitohs have confirmed outside back Bryson Goodwin will return to the club from Warrington Wolves for the 2020 season.

Goodwin, 33, is one appearance away from a century of outings for the Rabbitohs, with whom he spent five seasons before leaving the NRL for Warrington in 2017.

He has scored 23 tries in 49 appearances for Super League side Warrington, where his two-year contract expires at the end of this season.

The South Sydney Rabbitohs are excited to announce the signing of experienced outside back Bryson Goodwin for the 2020 season!

"They are going really well at the moment and hopefully next year we can do well too.

Goodwin was part of the Rabbitohs' 2014 NRL Premiership-winning side and general manager of football, Shane Richardson, says his return is a major boost.

"Bryson is one of those players that you know will give 100 per cent effort every time he takes the field," he said.

"He has given a lot to this club over the five years he was with us previously, and his form has been excellent over the past two years since he moved to Warrington."