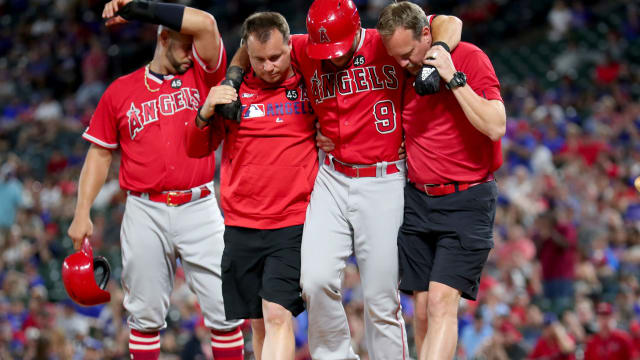 All-Star La Steller will spend 8-10 weeks on the sidelines after fouling a ball off his right shin in the sixth inning of Tuesday's 9-4 win over the Texas Rangers.

La Stella – who underwent a CT scan midweek – had to be helped off the field against the Rangers.

Tommy La Stella underwent a CT scan earlier today that revealed a right tibia fracture. A typical return to play timetable for this injury is 8-10 weeks.

La Stella has been selected for the All-Star Game for the first time in his six major league seasons, but he will be replaced for the July 9 showdown.

In the meantime, the Angles have recalled Matt Thaiss to be his replacement.

Angels outfielder Brian Goodwin also left Tuesday's game after being hit by a pitch on his right wrist. He underwent a CT scan, which revealed a contusion.