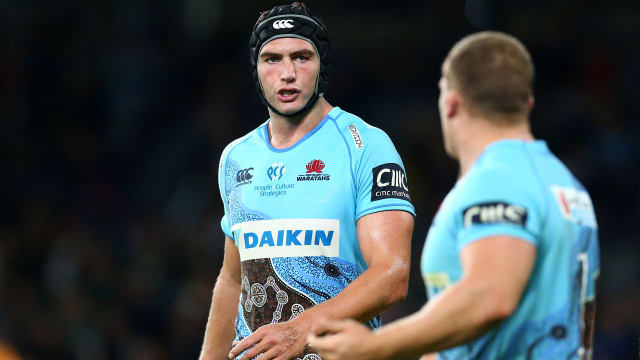 Wallabies and Waratahs lock Rob Simmons has signed a two-year extension with Rugby Australia (RA) despite interest from abroad.

Simmons is just six appearances away from becoming the 11th player to reach 100 Tests for the Wallabies.

The 30-year-old, who joined the Waratahs from the Reds last year, said that switch had been a good one.

"It's been a great move to Sydney, both professionally and personally. My family have really enjoyed it and the Waratahs have been good to me so hopefully I can repay them over the next two years," Simmons said in a statement.

"The group is very focused on what they want to achieve and I'm just trying to support Hoops [captain Michael Hooper] in every way possible so that we can continue to mature as a group.

"The Wallabies have been a big part of my life for nearly a decade now and I'm hugely proud whenever I get the chance to wear the Wallaby jersey. I obviously knew that I had the option to still play for Australia and be based overseas and I had interest from a few clubs but that just wasn't what I wanted to do."

Simmons re-signs! Rob remains a NSW Waratah for another two seasons, and now heads to South Africa for the Wallabies Rugby Championship opener against South Africa.

Wallabies coach Michael Cheika praised Simmons, but believes there is even more to come from the lock.

"Rob has played some of the best rugby of his career for the Waratahs this season. He has been very consistent and very resilient," he said.

"I still believe there is plenty of growth in Rob's game and he is primed to show that over the coming months."