Rumour Has It: Neymar's father meeting with Barcelona 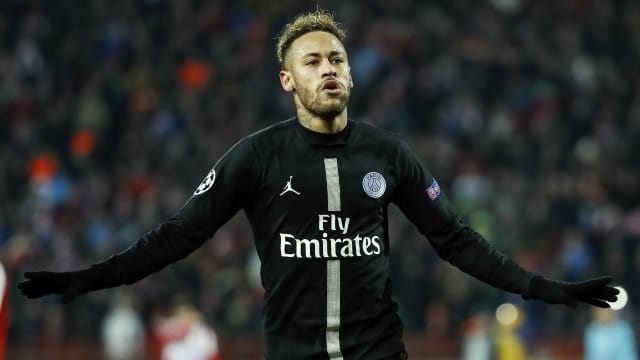 Slowly but surely, Neymar's return to Barcelona appears to be getting closer.

The Paris Saint-Germain star, who is sidelined with an ankle injury, is heavily linked with a return to Camp Nou, two years after his world-record €222million switch to the Ligue 1 giants.

Amid reports of talks between Barca and PSG, steps continue to be taken for a possible return for Neymar.

Neymar's father and his lawyer are set to meet Barcelona representative Andre Cury on Tuesday, according to Esporte Interativo.

The report says Cury, who was involved in Neymar's sale, will put forward Barca's point of view.

If those talks go smoothly, Barcelona would only need to seal negotiations with PSG for a deal to be done.

- Christian Eriksen said last month he wanted a fresh challenge away from Tottenham amid links to Real Madrid, who are reported to be chasing a central midfielder. Marca report one of Eriksen's lawyers will meet with Madrid this week to find out their intentions.

- Gonzalo Higuain's future is unclear after Chelsea opted not to exercise their purchase option on the Juventus forward. Now, Tuttosport report Atletico Madrid could be interested in Higuain.

- Frank Lampard's dream return to Stamford Bridge is a done deal. The Mirror report the England great has agreed a three-year deal to become Chelsea manager, with confirmation expected in the next 48 hours.

- As they prepare to potentially make room for Neymar and Antoine Griezmann, Barcelona are expected to sell at least one player, with Ousmane Dembele linked with a move away. Kicker report the LaLiga champions have put the France attacker up for sale.

- Manchester United continue to try to get a deal done for Sporting CP midfielder Bruno Fernandes. According to Gazzetta dello Sport, United have reached an agreement with Fernandes and must now finalise a deal with the Primeira Liga outfit. Staying at Old Trafford, Gianluca Di Marzio reports Inter are set to resume talks with United regarding Romelu Lukaku on Tuesday.

- Nicolas Pepe is expected to leave Lille amid links to some of Europe's top clubs. In good news for Liverpool, L'Equipe report the forward – who scored 22 Ligue 1 goals in 2018-19 – is keen on a move to Anfield.