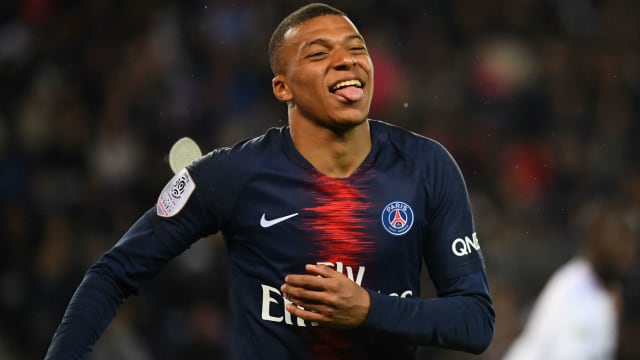 Mbappe, 20, is a reported target for Madrid after another stellar season in Ligue 1, where he led the goalscoring charts with 33 in 29 games.

But the star France forward appeared to give an indication he may yet remain at the Parc des Princes next season.

"Here it is Paris 19/20," Mbappe wrote on Twitter, alongside an image of himself in PSG's home kit for next campaign.

Considered arguably the world's best young talent, Mbappe is contracted at PSG until 2022.

His latest hint comes just days after PSG used the forward, and Neymar – who is linked with a return to Barcelona – in their kit reveal.