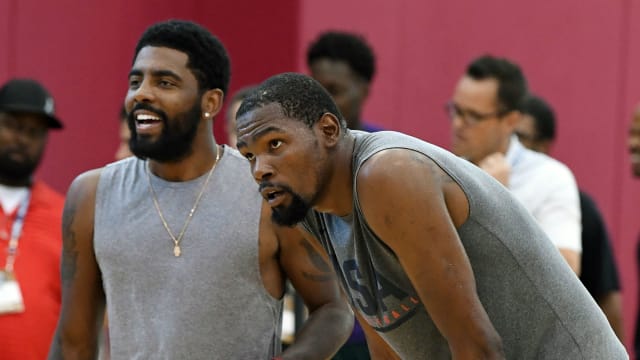 The New York Knicks missed out on top free agents like Kevin Durant and Kyrie Irving due to a "toxic situation" at the franchise, according to Charles Oakley.

Durant announced on Sunday he has decided to leave the Golden State Warriors for the Brooklyn Nets, where Irving is set to land after two seasons with the Boston Celtics.

Former Knicks star Oakley suggested the organisation's culture is the reason for their failure to sign top free agents this offseason.

"They want to be somewhere they can relax, have fun - it don't have to be a big city no more.

"You can have all the money you want, under the cap, but you have to have everything else in the house tight too.

"For the fans, New York is New York, but for the players now, it's just a different ball game. I mean, they don't want to be around a bad, toxic situation."

Oakley was involved in an altercation at Madison Square Garden with Knicks owner James Dolan in 2017. He was thrown out of and later banned from the arena and he believes the incident has left a sour taste for many in the game.

"People respect me. A lot of stuff that went on wasn't right, and from the commissioner on down, nobody has tried to address it, but the players have seen it for themselves.

"I just feel bad for the city of New York, the fans that give their heart and soul and sweat and tears to come to games, and they have to keep going through this."