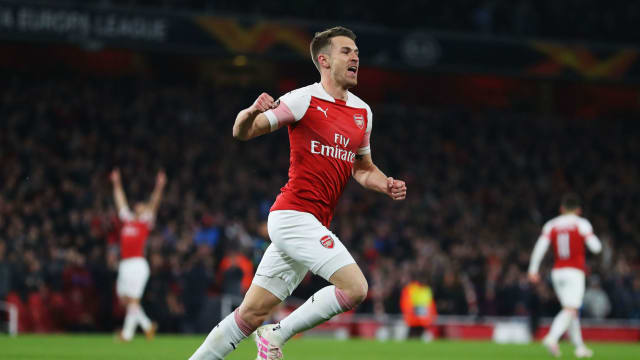 It is July 1, meaning players who had run down their contracts at former clubs are now officially free to move.

Some, such as Aaron Ramsey, Diego Godin and Adrien Rabiot have already signed with new clubs, while the likes of Ander Herrera seem to have transfers all but finalised.

However, there are plenty of players yet to have secured their next destination.

Wales international Ramsey called time on his 11-year stay in February, signing a pre-contract agreement with Serie A champions Juventus.

While Massimiliano Allegri was in charge when Ramsey agreed to join, it is Maurizio Sarri who will have the midfielder at his disposal for the upcoming season and, after an injury-hit end to 2018-19, the 28-year-old will be eager to quickly cement his place in the Bianconeri's starting XI.

A mainstay in Atletico Madrid's defence since 2010, Godin announced his departure from the Wanda Metropolitano in May.

Inter were always favourites to sign the 33-year-old and that deal was officially announced on Monday, with the Uruguay international penning a three-year contract at San Siro.

France midfielder Rabiot did not play for Paris Saint-Germain in 2019 due to a dispute over his contract situation.

The 24-year-old has now officially left the Ligue 1 champions for their Serie A counterparts Juventus, who announced an agreement on Monday.

After defining an era at Bayern Munich, Robben and Ribery have officially left the Allianz Arena.

Ribery has been linked with a move to the A-League, while PSV are one of the clubs to have declared an interest in Robben. However, neither of the veteran wingers have found a new home yet.

Manchester United tried in vain to keep hold of former Athletic Bilbao midfielder Herrera, who made 132 Premier League appearances after joining the club in 2014.

A move to Paris Saint-Germain is expected to go through in the first week of July.

We will never forget United , for ever in our hearts . THANKS pic.twitter.com/yzP9TDq0xX

Sturridge was a key figure in Liverpool's title challenge in 2013-14 but injuries have gradually taken their toll on the forward, who managed four goals from 27 appearances in all competitions last season.

Divock Origi usurped Sturridge as Jurgen Klopp's first-choice back-up striker and the 29-year-old is now on the lookout for a new club, with Rangers – managed by Liverpool icon Steven Gerrard – reportedly leading the chase for his signature.

“Daniel has earned the right to be considered a modern-day Liverpool great, I would think. He came to the club while we were trying to rebuild and re-establish ourselves." - Jürgen Klopp @DanielSturridge , a finisher supreme for the Reds... pic.twitter.com/H0a61cYYHO

The 28-year-old has not extended his stay at Stade Velodrome, though, and a return to Serie A is an option, with Parma having confirmed their interest.