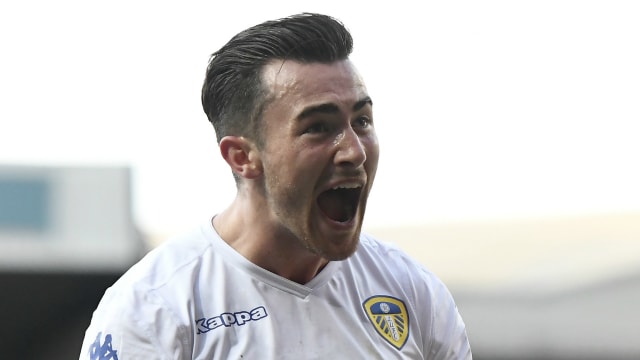 Manchester City have handed Jack Harrison a one-year contract extension but the winger will spend another season on loan at Leeds United, who have an option to make the move permanent.

Former New York City star Harrison made 42 appearances in all competitions last term as Leeds missed out on promotion to the Premier League via the play-offs.

And the 22-year-old will return to Elland Road to continue his schooling under Marcelo Bielsa after Leeds sealed another 12-month loan deal with City.

Harrison's contract at City now runs to 2022 but Leeds have a purchase option included in the terms of his latest loan.

Jack Harrison has agreed a one-year contract extension with the Club, taking his deal with us to 2022.

Harrison will again spend the 2019/20 campaign on loan with Leeds United.

Leeds have also snapped up centre-back Ben White on a season-long loan from Brighton and Hove Albion.

"It's really nice to secure another year at this football club," said White, who has signed a one-year contract extension with the Seagulls. "I've been here for six years now, and it shows that all my hard work is paying off and that's great to see.

"I knew Leeds were interested about 18 months ago, when I was at Newport, and they've obviously been keeping track of me. It's a massive football club, but I haven't really thought too much about it yet — I'm not the sort of person to get too ahead of myself."