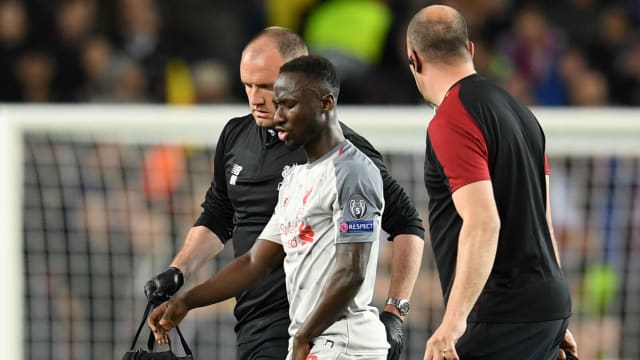 Naby Keita has left Guinea's Africa Cup of Nations camp to return to Liverpool for assessment on an injury.

Keita missed the last month of the Reds' Champions League-winning season with a groin injury sustained against Barcelona, but was still named as captain in Guinea's AFCON squad.

The 24-year-old came on as a substitute in the opening Group B clash with Madagascar, before starting in the 1-0 defeat to Nigeria.

However, he was taken off  during the second half having suffered a number of knocks following several robust challenges.

And Guinea have confirmed their star player has returned to Merseyside to consult with his club's doctors, though it is planned he will head back to Egypt on Wednesday.

Group B concluded today with Madagascar and @NGSuperEagles qualifying as first and second, while Guinea awaits results from other groups to confirm qualification or elimination.#TotalAFCON2019pic.twitter.com/FkqQdQnT3q

"As you know he was the victim of a lot of heavy challenges in the game against Nigeria.

"He consulted with medical staff [at Liverpool] and they asked him to come back for two days.

Guinea's 2-0 win over Burundi on Sunday sent them through as one of the best ranked third-placed sides and they will face the winners of Group D in the last 16.