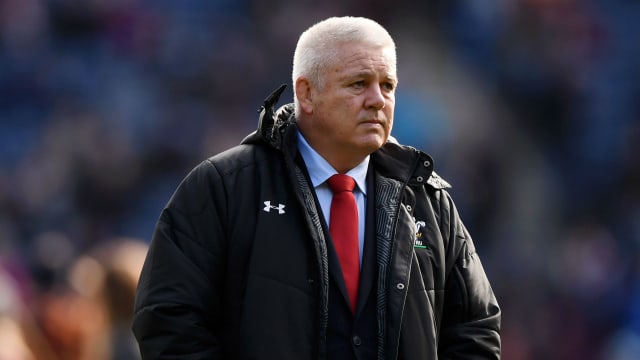 Sean Fitzpatrick has applauded the decision of New Zealand Rugby to grant Warren Gatland special dispensation to take a break from his new Chiefs deal to coach the British and Irish Lions.

Gatland penned a four-year contract with the Super Rugby side last week and the terms allow him to take charge of the Lions for their tour of South Africa in 2021.

The Wales coach will take up his role with the Chiefs after the Rugby World Cup in Japan and former All Blacks star Fitzpatrick felt the flexibility afforded to the 55-year-old's arrangements would prove worthwhile.

"Gats is phenomenal with what he's done on the coaching side as well as his playing career," Fitzpatrick told Sky Sports.

"His CV is second to none, the knowledge he has is huge and to be able to bring that back to New Zealand, I think it's a fantastic concession they've made.

"He lives in New Zealand, he loves the Chiefs – he played for Waikato for his whole career.

"I also like when he goes away with the Lions – and he'll take some knowledge from New Zealand being with the All Blacks coaches in that inner sanctum – the knowledge he'll be able to bring back from a Lions series in South Africa, I think that is really key."

Warren Gatland has been named The British & Irish Lions Head Coach for the 2021 Tour to South Africa pic.twitter.com/T6ascoiDMA

There will be a vacancy with the All Blacks when Steve Hansen steps aside after the World Cup and it is a position Fitzpatrick believes Gatland may fill one day.

"In four or five years' time, who knows?" he said. "The Super Rugby coaches work with the All Blacks coaches developing that quality of rugby, so he'll be very much on the inside.

"With that CV and knowledge he has, whoever is the next All Blacks coach I'm sure he will be tapping into Warren Gatland, that's for sure."

Gatland has taken charge of two Lions series, securing a win in Australia 2013 and a tie in his homeland two years ago.