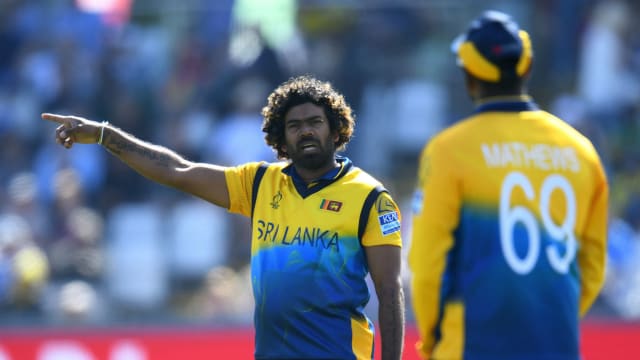 Sri Lanka must beat West Indies at Chester-le-Street on Monday to keep their slim hopes of reaching the Cricket World Cup semi-finals alive.

A 125-run drubbing against India at Old Trafford on Thursday guaranteed the Windies will not feature in the last four.

Sri Lanka are unlikely to qualify, but they will still be just about alive if they defeat Jason Holder's men at the Riverside.

Dimuth Karunaratne's side went down by nine wickets in their clash with South Africa at the same venue on Friday, paying the price for a poor effort with the bat.

Seamer Kasun Rajitha has been added to Sri Lanka's squad with two group games remaining after Nuwan Pradeep was ruled out with chickenpox.

The Windies crumbled to only 143 in their encounter with Virat Kohli's side to bow out with a whimper.

It's @KemarAJR special day today!
Top 10 in most Test Wickets in WI history
Top 5 best bowling figures in an ODI innings in WI history!
From all of us at Cricket West Indies, Happy Birthday Kemar Roach! pic.twitter.com/yioSvJRwUs

Sri Lanka suffered a 10-wicket thrashing at the hands of New Zealand in their first game of the tournament and have lost three times, but claimed a surprise win over England after seeing off Afghanistan.

The Windies' crushing seven-wicket win over Pakistan proved to be a false dawn and a heavy defeat to India in Manchester was their fifth of the World Cup, knocking them out.

Sri Lanka captain Karunaratne: "I think the batting is the main problem. We couldn't get a hundred. If you want to compete with the good sides, you have definitely got to have a good batting line-up and you have to put runs on the board, so I think in this World Cup, the major issue is the batting line-up."

- Sri Lanka have won five of their last six ODI clashes against West Indies, including a nail-biting one-run victory in their last meeting in November 2016.

- Sheldon Cottrell will be the only player featuring in this fixture to have taken 10 or more wickets in the competition and the paceman will be facing Sri Lanka for the first time.

- West Indies have lost their last five ODIs. The last time they lost more was an eight-game streak in their final eight matches in 2017.