Rumour Has It: PSG keep reducing Neymar asking price in boost for Barcelona 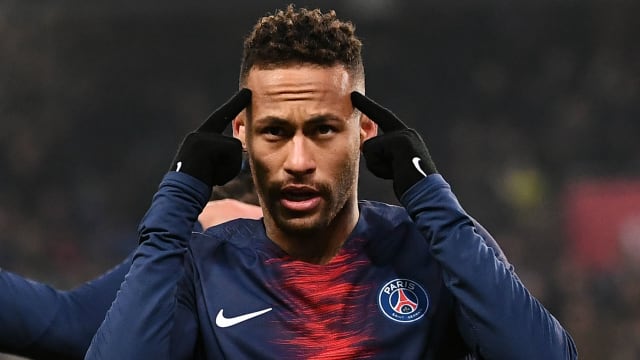 Neymar's return to Barcelona may be getting closer as Paris Saint-Germain seemingly accept the star is set to leave.

Neymar, 27, is heavily linked with a return to Camp Nou, two years after his world-record €222million move to PSG.

PSG reportedly set an asking price of €300m for Neymar, but that has apparently continued to reduce, increasing the chances of the Brazil star heading back to Barcelona.

Le Parisien report PSG would be willing to accept the latter offer for Neymar as they continue to soften their demands.

The report says PSG would settle for somewhere between €130m and €150m plus two players, with Philippe Coutinho, Ousmane Dembele, Ivan Rakitic and Samuel Umtiti all talked about.

- Real Madrid have apparently opted not to pursue Neymar due to some interest in Kylian Mbappe. In some good news for the LaLiga giants, Marca report Mbappe is not working on a new deal with PSG. Still, the superstar forward is contracted at Parc des Princes until 2022.

- Paul Pogba wants out of Old Trafford. The Sun report the midfielder, a reported target for Real Madrid and Juventus, will make a plea to manager Ole Gunnar Solskjaer to let him leave Manchester United.

Paul Pogba to beg Solskjaer to sell him before pre-season https://t.co/V6qpvUOlLxpic.twitter.com/XulxTLKbNI

- Manchester United have slowly strengthened their squad this close season and there is apparently more to come. The Sun report United are set to bid for Aston Villa midfielder John McGinn, who will cost £50million. The newspaper also reports United are not giving up on Antoine Griezmann despite the Atletico Madrid star apparently being set for Barcelona.

- PSG might be likely to miss out on Ajax star Matthijs de Ligt to Juventus, but they have other plans. La Gazzetta dello Sport report PSG have spoken to Leonardo Bonucci's agent about a possible move from Turin to Paris.