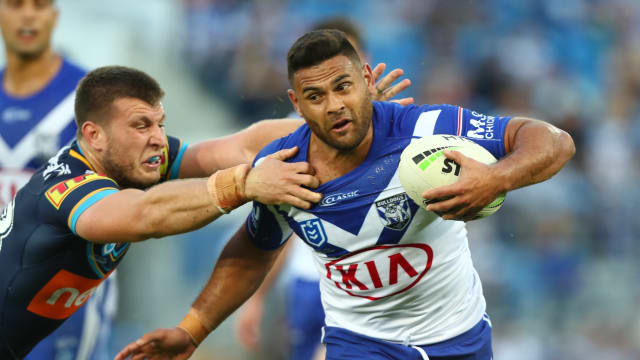 Leeds Rhinos' bid to improve a difficult Super League season continued with the signing of Rhyse Martin from the NRL on Sunday.

Goal-kicking second-rower Martin was released by Canterbury Bulldogs and his arrival at Leeds was quickly confirmed on a two-and-a-half-year deal.

"It is great to get the deal sorted and I am looking forward to getting started with Leeds," Papua New Guinea international Martin said. "The move has come about very quickly.

"I came close to signing for Leeds last year but opted to stay at the Bulldogs. The club have kept me in their plans and I am pleased things have now worked out.

"I know the team are in a tough position at the moment but I want to come over and hopefully play my part in getting Leeds back where we want to be."

The Rhinos are bottom of the Super League table and have been active in the transfer market this week as they aim to get out of trouble.

They signed Robert Lui from Salford Red Devils in a swap deal with Tui Lolohea on Wednesday, while Shaun Lunt arrived from Hull KR with Matt Parcell moving in the opposite direction.