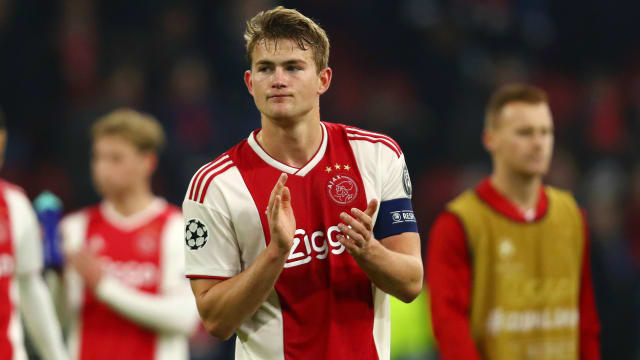 Matthijs de Ligt is reportedly close to joining Juventus and the Serie A champions may have hinted a deal for the Ajax captain is imminent.

Netherlands centre-back De Ligt has been at the centre of one of the close-season's most intriguing transfer sagas after leading Ajax to the semi-finals of the Champions League.

Ajax knocked out Juve on their way to the last four with De Ligt subsequently linked with clubs including Manchester United, Liverpool and Barcelona – the latter having already swooped for club and country team-mate Frenkie de Jong.

De Ligt's agent Mino Raiola denied earlier in the month that he had finalised a transfer to take his client to Paris Saint-Germain and Juve are now said to be frontrunners to seal a deal for the 19-year-old, with a deal potentially ready to be confirmed on Monday.

And on Sunday, Juve's official club Twitter account posted an intriguing message that hinted at a major announcement to be made on July 1 - the same date.

"Ignite our tomorrow," said a tweet accompanied by a short video clip.

Ajax were said to be holding out for a fee close to €75million for De Ligt.