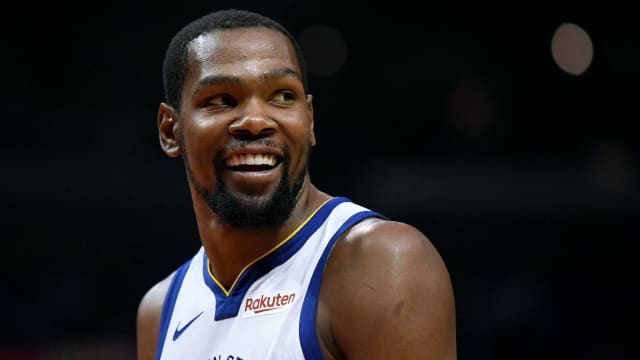 Kevin Durant is reportedly set to sign a four-year, $164million deal with the Brooklyn Nets.

Durant ruptured his Achilles in Game 5 of the Golden State Warriors' NBA Finals series defeat to the Toronto Raptors and is expected to miss all of next season.

According to a report from ESPN, which cites unidentified league sources, the 30-year-old has opted to join the Nets.

Durant has yet to confirm the report and he will officially announce his decision on 6pm Eastern Time on Sunday.

Kyrie Irving, Durant's close friend, will also reportedly agree to a deal with the Nets.

The 10-time All-Star won two championships and was named Finals MVP twice during his time with the Warriors.

Durant won the MVP in 2013-14 while with the Oklahoma City Thunder. He has also been linked to the Los Angeles Clippers, New York Knicks and a return to the Warriors.

The Nets are also thought be about to land DeAndre Jordan - another close friend of Durant's - to a deal, and agreed to a two-year, $10million contract with Garrett Temple.