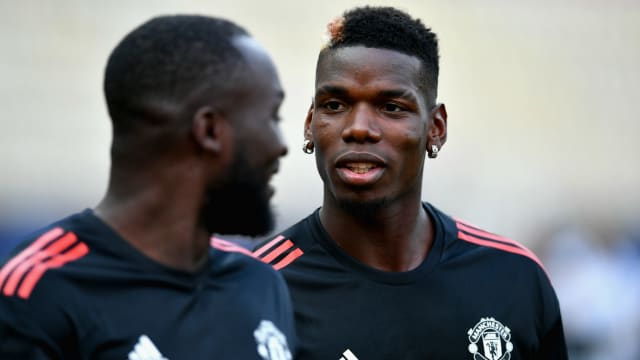 The England Under-21 international has completed a switch to Old Trafford - for a reported fee of £50million - having starred in a breakthrough campaign for Crystal Palace in 2018-19.

However, United's recent high-profile acquisitions have failed to live up to the hype, with the club having a poor record in the transfer market since long-term manager Alex Ferguson retired in 2013.

Right-back Wan-Bissaka will be the sixth most expensive signing of the post-Ferguson era and here we look at how the five men who cost more have fared.

That United had to pay a world-record fee to bring back Pogba is perhaps a sign of the club's muddled thinking in the transfer market in recent years, the Frenchman having left to join Juventus four years previously after failing to break through under Ferguson.

The jury is still out when it comes to Pogba's second stint at the club, though he was their top scorer in the Premier League last season and also earned selection in the PFA Team of the Year.

A World Cup winner in 2018, there have been flashes of the brilliance he has shown for France, but those have been fleeting and United fans have become frustrated with his inconsistency. His recent declaration that "it could be a good time for a new challenge" suggests he may soon depart.

Lukaku had reached double figures in each of his previous five Premier League campaigns and he hit the ground running at United, scoring seven goals in his first seven league appearances.

However, he was unable to maintain that momentum and his failure to frequently fire in the biggest games has led to many questioning whether he is good enough for United, who could be swayed to sell him if reported interest from Inter is firmed up.

Believing in yourself can be the difference in moments like this...proud of my team @ManUtdpic.twitter.com/JD01Ktz7IC

Despite a promising start, Di Maria was an unquestionable failure in England. The Argentinian lasted a single season before heading to Paris Saint-Germain having struggled to adapt to life in England.

One British tabloid labelled Martial a "waste of money" before the French forward had even kicked a ball at United after it was revealed the fee paid to Monaco could rise to almost £60m depending on various add-ons.

A debut goal against Liverpool at Old Trafford 21 minutes after coming on endeared him to United fans and he scored four in his first four games in all competitions.

The magic moments have not been frequent, though, and after signing a new contract on January 31, he scored just twice more last term.

Solid match from the team today! Thanks to all of you for the amazing support! 3 Goals, 3 points @ManUtd#MUFCpic.twitter.com/V9fb1fbqvk

United's failure to sign a centre-back before the 2018-19 season disappointed Mourinho, and the club must have been unimpressed with how Fred, their major acquisition in that transfer window, fared in his debut campaign.

A midfielder reportedly courted by Manchester City, Brazil international Fred made just 13 Premier League starts for United and even failed to make the bench on occasions.

Like Alexis Sanchez, a free signing from Arsenal who has struggled mightily at Old Trafford, Fred has to be considered another flop at this stage of his Red Devils career.

A new challenge in my life! #MUFC