Serena and Andy Murray could pair up at Wimbledon 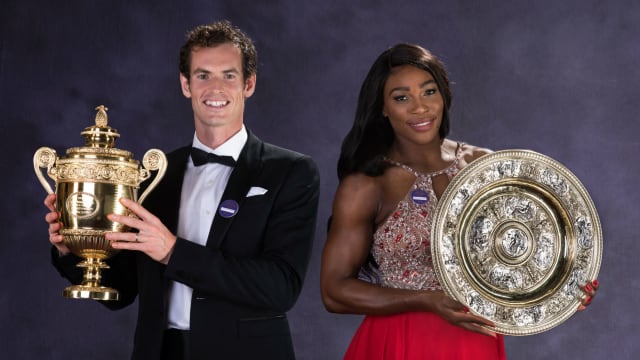 Serena Williams told Andy Murray she was "available" as hopes of a dream mixed doubles pairing at Wimbledon were raised on Saturday.

The 23-time grand slam singles champion, who is eyeing an eighth individual title at the All England Club, suggested teaming up with the Briton was a very real possibility.

Pressed on the matter, the American said: "I'm available. We just have to wait and see."

With a recent fitness worry in mind, the 37-year-old is not committing yet to playing mixed.

Murray, a two-time Wimbledon winner himself, is certainly open to the idea.

"She's arguably the best player ever," said Murray, who will compete alongside Pierre-Hugues Herbert in the men's doubles. "She would be a pretty solid partner."

Murray made a winning return to tennis last week following surgery on a problematic hip as he and Feliciano Lopez claimed the doubles crown at the Queen's Club Championships.

"I'm available. We just have to wait and see"@serenawilliams isn't ruling out partnering @andy_murray in the mixed doubles#Wimbledonpic.twitter.com/yljPGKGsgL