Rumour Has It: Barcelona set to pay €126m for Griezmann as talks begin 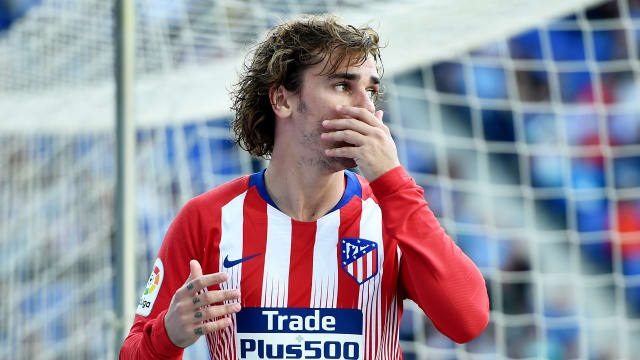 Barcelona have started talks to sign Antoine Griezmann and landing the Atletico Madrid star looks set to be easier than bringing in Neymar.

Griezmann announced last month he would be leaving Atletico, with LaLiga champions Barcelona long expected to be his next destination.

Barca have reportedly taken steps to make it happen, while their bid to bring Neymar back to Camp Nou from Paris Saint-Germain is shaping as more difficult.

Barcelona and Atletico Madrid have started negotiations regarding Griezmann, according to Sport and L'Equipe.

Sport report Barca will agree to pay €126million for Griezmann, slightly above the forward's release clause of €120m, which will come into effect next month, and the same amount Atletico are set to sign Joao Felix for from Benfica.

Like Atletico want to do with Joao Felix, Barcelona would pay the fee in instalments, opening up their potential move for Neymar.

While PSG initially set a €300m asking price for Neymar, Le Parisien report the Ligue 1 champions would accept €222m – the same amount they paid Barca to sign the Brazil star two years ago.

- Real Madrid are no longer as interested in signing Neymar, according to Goal, who report the LaLiga giants are considering several factors, including a possible move for another PSG star, Kylian Mbappe, in the future.

- Zinedine Zidane is well and truly rebuilding Madrid and they are reportedly next eyeing a midfielder. While they want Paul Pogba, Christian Eriksen is also a target, with Danish newspaper Fyens reporting the Tottenham midfielder's family has been in Madrid looking for a house. Sport says Ajax's Donny van de Beek is plan D for Madrid, behind Pogba, Eriksen and Lyon's Tanguy Ndombele.

- Inter are still looking to strengthen and are eyeing Gareth Bale. Sport Mediaset report the Serie A giants met with the Real Madrid forward's agency to discuss a possible loan deal. Staying at San Siro, The Sun says Inter are set to sell Joao Mario and Dalbert to raise funds for a move for Manchester United striker Romelu Lukaku, who is apparently valued at £75m.

- AC Milan have set their price for goalkeeper Gianluigi Donnarumma. According to CalcioMercato, Milan want €50m up front for the shot-stopper, who is linked with PSG and Manchester United. PSG goalkeeper Alphonse Areola would not be involved in a move, according to L'Equipe and Eurosport.

- Juventus apparently want to extend Gonzalo Higuain's contract. Yes, you read that right. But, CalcioMercato report the Serie A champions are aiming to extend his deal – which runs until 2021 – by a year for Financial Fair Play reasons. However, Repubblica report Juve could sell the forward to Roma.