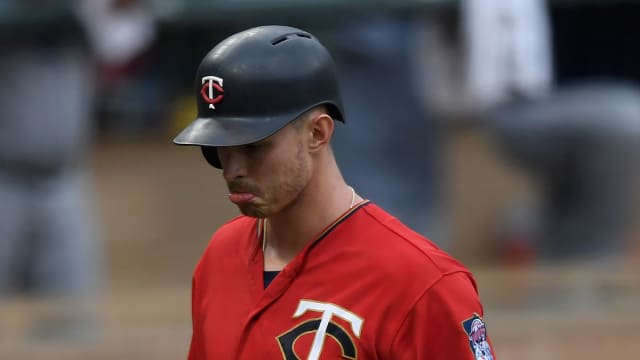 The Tampa Bay Rays won an 18-inning marathon against the Minnesota Twins 5-2 in MLB on Thursday.

While Martin Perez was very good for the Twins, allowing just two earned runs in seven innings of work, and the Rays' pitching staff held down a very good offensive team in Minnesota, there were a lot of bad performances on both sides.

Five different players went 0 for seven or worse in the game. According to ESPN, the last time that happened was in 1901 and the teams involved were the Boston Beaneaters and the Chicago Orphans.

Here are a few more crazy stats showing just how bad the offense was:

- The Rays' pitching staff struck out 22 batters – a franchise record.
- Miguel Sano went 0 for seven with three strikeouts. He is now three for his last 39 with 23 strikeouts.
- The two teams combined to go 31 straight half innings without scoring a run.
- They combined to strike out 39 times. Amazingly that is nine short of the MLB record.
- All batters went 17 for 121 (.140 AVG). Batters reached base 30 times.
- The Rays went seven innings (11th through 17th) without one base hit. They had two total from the eighth through the 17th.
- Minnesota had just one hit from when there was one out in the bottom of the sixth to when there was one out in the bottom of the 13th.
- The Twins scored two runs in the bottom of the first and did not score again the rest of the game.

Full team effort to get this one done today!#RaysUppic.twitter.com/2hhg0M4ml0

Texas Rangers outfielder Joey Gallo went two for three with two home runs and a walk in a 3-1 win over the Detroit Tigers.

Pittsburgh Pirates shortstop Kevin Newman went three for five with a home run and two RBIs in a 10-0 win over the Houston Astros.

New York Mets closer Edwin Diaz gave up three hits, two home runs, two walks and five runs in 0.1 inning of work to take a loss in a 6-3 defeat to the Philadelphia Phillies.

Rizzo with the dive

Anthony Rizzo may not be graceful, but a dive to first base sealed a 9-7 win over the Atlanta Braves and Craig Kimbrel's first save for the Chicago Cubs.

.@ARizzo44 ends it with a penguin dive. pic.twitter.com/UHDCqBxtu4

The Rangers are all of a sudden closing in on the Astros in the American League (AL) West, but the Rays present a much stiffer challenge for Texas. Texas have played just 12 games against teams with winning records over their past 37 games and Tampa Bay are one of the best teams in the American League. The Rangers were 6-6 in those games and are 21-24 this year against teams with records above .500.