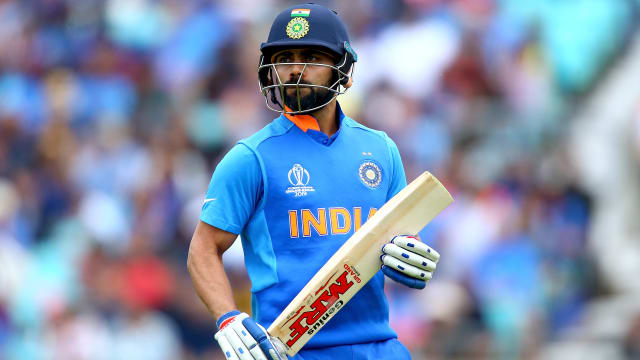 India captain Virat Kohli claimed another slice of cricket history when he became the fastest player to reach 20,000 international runs.

Kohli achieved the milestone with the 37th run of his innings against West Indies in Thursday’s Cricket World Cup fixture at Old Trafford.

Mt. 20k scaled! @imVkohli becomes the quickest batsman to make 20,000 international runs. He is the third Indian after @sachin_rt and Rahul Dravid to achieve this feat. #TeamIndia #CWC19 #KingKohli pic.twitter.com/s8mn9sgaap

The bulk of Kohli’s runs for India have come in ODI cricket, the skipper beginning his innings against West Indies with 11,087 runs at an outstanding average of 59.60.

Those runs include 41 centuries in the 50-over format, with only Tendulkar (49) ahead of him on that list.