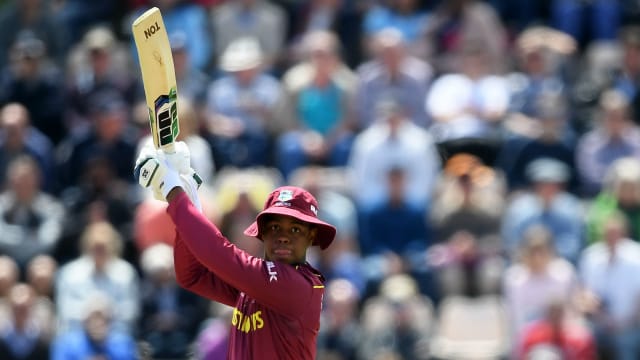 Shimron Hetmyer strode to the wicket wearing a beaming smile in a Richie Richardson-style floppy sun hat, but trudged off disconsolately with West Indies heading out of the Cricket World Cup.

It was the India players and their magnificent, passionate fans who were grinning from ear to ear as they eased to a crushing 125-run win on a glorious Thursday at Old Trafford.

The Windies needed a win to have any hope of qualifying for the semi-finals, but bowed out with a whimper after collapsing to 143 all out having been set a target of 269 in Manchester.

While unbeaten India are almost certainly bound for the last four and will take some beating, the Windies selectors have some big decisions to make.

Hetmyer's approach to the middle and his time at the crease just about summed things up for Jason Holder's men.

Great entertainers when at their best, blessed with natural talent in abundance but lacking the application to give themselves a chance of making a serious impact in the tournament.

Hetmyer certainly looked the part in a wide-brimmed maroon hat, donned by the likes of the classy Richardson and Carl Hooper back in the day.

The gifted left-handed batsman was clearly trying to make a statement, but soon called for the helmet as brilliant India turned up the heat on the Windies with the sun beating down.

There was uncertainty throughout a poor run chase, which saw the men from the Caribbean crumble from 71-2, Sunil Ambris - playing his first match of the tournament - top scoring with only 31 as Mohammed Shami took 4-16 following his hat-trick heroics against Afghanistan.

While Hetmyer and Nicholas Pooran are the future for West Indies, Chris Gayle looked like a man coming to the end of his international career.

Gayle stated on the eve of the match that he had backtracked on his intention to retire from ODIs after the World Cup and plans to resume his Test career against India next month, but the selectors must look at the bigger picture.

They must also ask themselves why Kemar Roach has only played three World Cup matches after the quick was the pick of the bowlers with 3-36.

Prolific skipper Virat Kohli (72) and former captain MS Dhoni (56 not out) whipped an already raucous army of India fans into a frenzy and the Windies were unable to silence them.

Dhoni capitalised on a missed stumping and being dropped, conjuring up a late onslaught which thousands had turned up in the hope of witnessing.

Kohli sauntered casually over the outfield for the team bus very much heading in the right direction, while the wheels came off for West Indies and they are in need of some repair work.