Top seeds tumble out in Eastbourne and Antalya 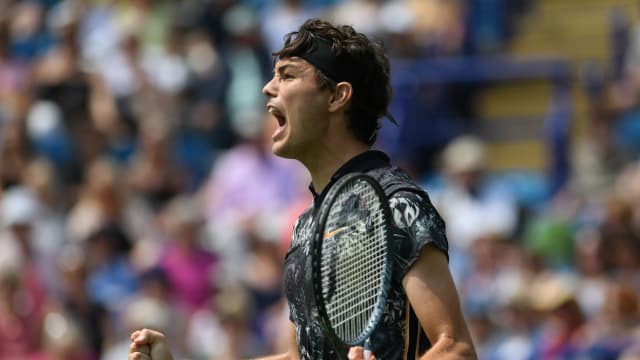 Nature Valley International top seed Guido Pella slumped out in his first match of the tournament, while Benoit Paire suffered a similar fate at the Antalya Open.

Brasil Open winner Pella was handed a bye in the first round at Eastbourne, but came undone against unseeded American Taylor Fritz on Wednesday.

Fritz let his Argentine opponent back into the contest after cruising in the first set, but Pella's resistance was not enough as he went down 6-4 3-6 6-4.

Though the top four seeds are now all out, Fernando Verdasco – who needed three sets to see off Juan Ignacio Londero – and Gilles Simon, fresh from finishing as runner up at the Queen's Club Championships, both progressed, and will be among the favourites heading into the closing days of play.

The top seed was also beaten at the Antalya Open on Wednesday, as qualifier Viktor Troicki recorded a surprise win over world number 32 Paire.

Former world number 12 Troicki missed three months of last season due to a back injury, and entered the tournament way down the ATP rankings, but shocked Paire with a 7-6 (7-4), 7-6 (7-5) win.

Troicki will next play Miomir Kecmanovic, who knocked out sixth seed Ugo Humbert 6-4 7-5, in the last 16.