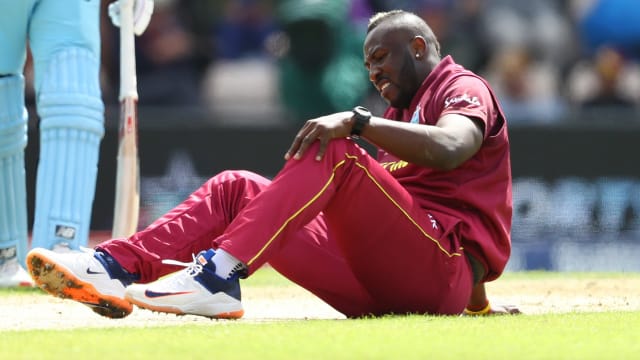 West Indies all-rounder Andre Russell has undergone successful knee surgery after being ruled out of the rest of the Cricket World Cup.

The 31-year-old endured a frustrating tournament, taking five wickets in four matches and averaging only 12 with the bat.

He was treated at a Manchester hospital, according to a post on his Instagram page, where he wrote: "Surgery was a success thanks for the kind words from everyone!"

Russell was replaced in West Indies' squad by opening batsman Sunil Ambris, who could come into contention to face India at Old Trafford on Thursday.

Ambris has played only six ODIs but scored 148 against Ireland last month and also made an unbeaten half-century against Bangladesh.

West Indies have won just one of their opening six matches at the World Cup.

Surgery was a success thanks for the kind words from everyone!