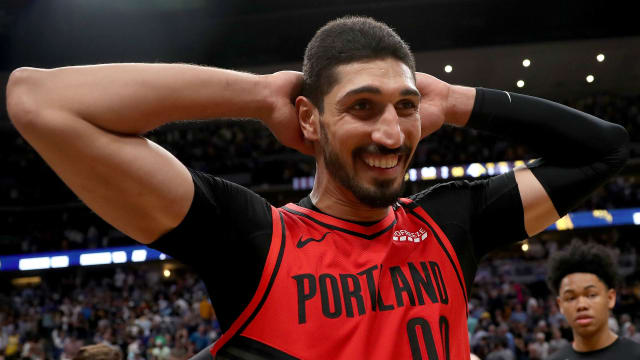 Enes Kanter is making headlines for saying something controversial once again, this time about Zion Williamson.

The Portland Trail Blazers center has never been shy about expressing his views and unleashed his latest hot take during a stop on the Herd with Colin Cowherd on Wednesday.

Kanter played down the talent of Williamson, who was taken with the top pick in the 2019 NBA Draft by the New Orleans Pelicans.

"I like Zion Williamson," Cowherd tells Kanter. "He can pass, he's big, he's strong. I think he's got a magnetism – you think he's overrated."

Randle is a solid player in his own right. He had an excellent year for the Pelicans in 2018-19, putting up career-highs in points per game (21.4) and three-point percentage (34) to go along with 8.6 rebounds and 3.6 assists.

Randle had a monster game when Kanter and the Trail Blazers came to town with a stat-line of 45 points, 11 rebounds, six assists, and three blocks.

He was not having any of it, using Twitter to remind Kanter of his dominant performance and telling him to "relax bro".