Mbappe could play at 2020 Olympics 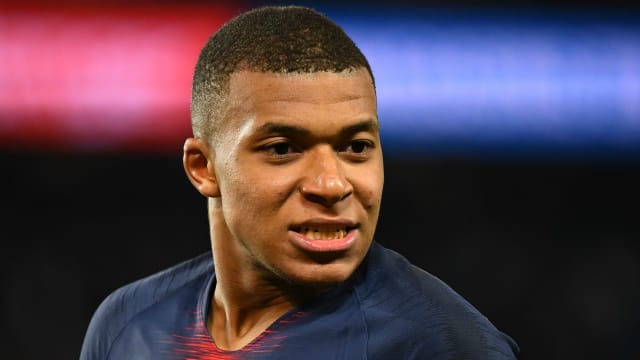 France sealed qualification for next year's tournament in Tokyo by reaching the semi-finals of the ongoing European Under-21 Championship.

Paris Saint-Germain forward Mbappe was fast-tracked to the senior squad and never played for his country's under-21 team.

But after France clinched their spot he signalled he hopes to feature at the Olympics with a message on social media that simply read: "TOKYO 2020."

During a tour of Japan, Mbappe also outlined his international aims, having already won the World Cup last year in Russia.

"I still have to win the European Championship with France but I'd also like to play at the Olympics," he said.

"Why not go next year to the Games? I've always said it's a dream of mine. But it's not only up to me."

Mbappe's availability poses a question for the FFF given he played no part in the team's qualification for the Games.

But Le Graet indicated Mbappe may be considered despite the Olympics following on after Euro 2020.

"It's nice that Kylian can declare that," Le Graet said to Le Parisien. "It shows that he is interested in all teams in France, and especially in the Olympics. Once again, it's nice.

"I will first meet and ask the question to [France Under-21 coach] Sylvain Ripoll. The decision will belong to him.

"Let's focus on our team that has just managed a lot of tough matches and qualify for the semi-finals. I prefer for the moment that we talk about them."

A national team can select three over-age players for the Olympics, but Le Graet ruled out World Cup winners such as Paul Pogba and Antoine Griezmann being selected.

"No, it's not realistic," he added. "Those who have earned this qualification deserve to be there. We can have different teams, but for Tokyo, it would surprise me."