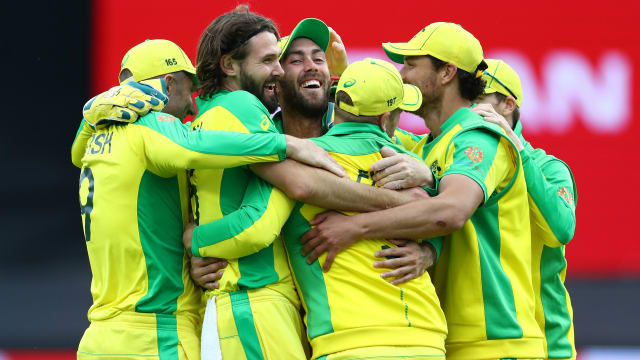 Australia's hopes of defending their Cricket World Cup crown will face a strong test this week against England and table-toppers New Zealand.

All of Australia's five wins at this year's tournament have come against sides out of the semi-final places and their tough week begins against a wounded England on Tuesday.

The tournament favourites were stunned by Sri Lanka last time out and will be desperate to respond in a much-anticipated showdown at Lord's.

Another clash at the same venue will follow for Aaron Finch's men on Saturday, Australia set to play a New Zealand side who are yet to lose at the World Cup.

Glenn Maxwell reckons Australia have no need to fear England fast bowlers Jofra Archer and Mark Wood at the World Cup given they face Mitchell Starc and Pat Cummins in the nets. #CWC19https://t.co/wgXArh2bJlpic.twitter.com/TSjjSt1Fbo

England's defeat to Sri Lanka on Friday gave hope to the chasing pack of sneaking into the semi-finals, when previously it looked as though the hosts, Australia, India and New Zealand would pull well clear of the rest. Were Eoin Morgan's side to lose again at Lord's on Tuesday, the likes of Sri Lanka, Bangladesh and Pakistan will feel they are in with a real chance, and Australia would dearly love to pile the pressure firmly on their Ashes foes.