It is time for Neymar to decide, says Belletti 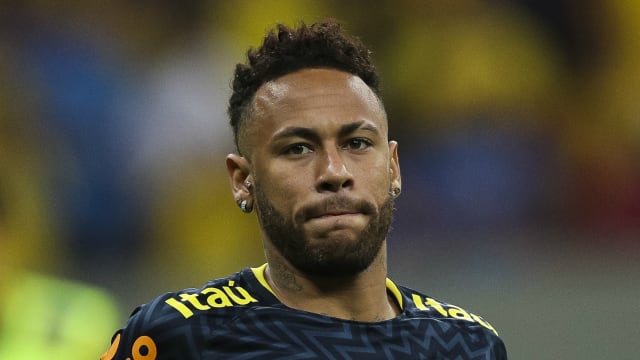 It is time for Neymar to make a decision on his Paris Saint-Germain future, according to former Barcelona defender Juliano Belletti.

Neymar has reportedly been made available for a move should PSG receive a suitable offer, with both former club Barca and LaLiga rivals Real Madrid consistently linked with the forward.

And Belletti, who played at Camp Nou from 2004 until 2007, acknowledges the Brazil star has a big call to make.

"A lot has been said about Neymar. I know hardly anything about this," he said.

"For him, it is the moment to decide. He has to be very calm with his family to take the best decision."

Neymar left Barca for PSG in a world-record move in 2017, having won the Champions League once and LaLiga twice while in Catalonia.

The 27-year-old was seen as a game-changing signing for PSG, who are still waiting for their first Champions League crown.

But results have not followed in European competition and, after a season in which Neymar was reported to have clashed with team-mates, he could leave the club.

Asked whether he would prefer to see Neymar back at Camp Nou or Barca make a move for departing Atletico Madrid star Antoine Griezmann, Belletti favoured a bid for his compatriot.

"I am Brazilian and I have played during all my life with the best Brazilian players of my generation: Ronaldinho, Ronaldo, Roberto Carlos, Rivaldo," he said.

"So, imagine, I am more about these kind of things."

Neymar would potentially link up with Philippe Coutinho, whose poor performances, according to Belletti, can be put down to a lack of confidence.

"His teamwork is really good in Barcelona and with the Brazilian national team," Belletti said of Coutinho. "I see him okay. And when he gets more confidence, he will do much better."