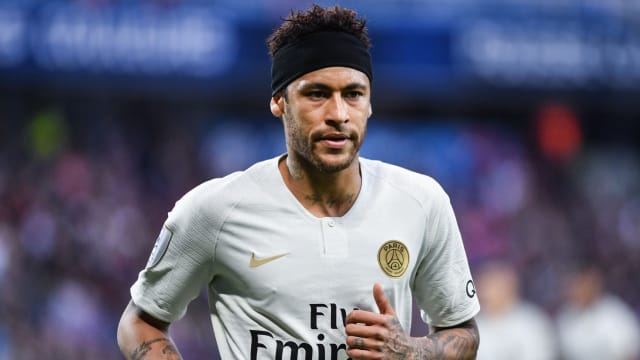 Douglas Costa does not know where Neymar will be next season but trusts his Brazil team-mate will make the right call on his future.

Neymar became the world's most expensive player when he joined Paris Saint-Germain in a €222million deal in 2017, but he has not been able to improve the Ligue 1 club's fortunes in the Champions League.

The former Barcelona forward is now reportedly available, with the Catalan giants and Real Madrid said to be interested in taking him back to Spain.

Juventus winger Costa, who went to the 2018 World Cup with Brazil but missed out on a place in the squad for this year's Copa America, believes Neymar will make the right decision.

"I have no idea [where Neymar will go], I guess nobody knows - only Neymar," Costa said.

"That's a very personal decision but he will choose the best for his career."

One rumoured offer for Neymar could see Philippe Coutinho go in the other direction and join PSG, having failed to impress at Barca since his January 2018 move.

Costa said of the midfielder: "He is a fantastic player. We know that he was very important in Liverpool. In Barcelona, he's still searching for his space. But he is phenomenal."

Former Bayern Munich man Costa has a new coach at Juve in Maurizio Sarri and is looking forward to the 2019-20 season under the ex-Chelsea boss.

"I don't know [Sarri] personally," he said. "I could see his work when he was at Napoli and I believe he's a great coach because he had an amazing season in my first year in Italy.

"I think we all have great things we can develop with Sarri."