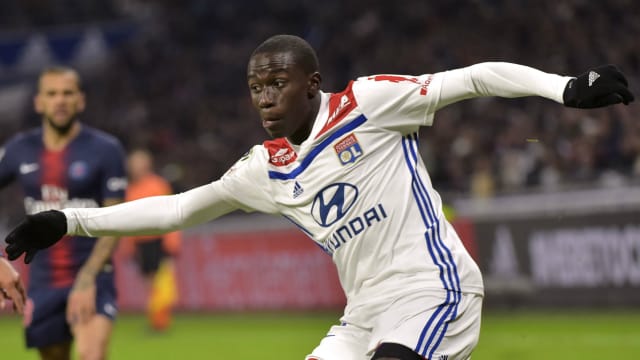 Becoming a Real Madrid player is starting to sink in for Ferland Mendy, who opened up on his 10-year journey from being told he would never play football again to joining "the greatest club in the world".

The France international completed a €48million transfer from Lyon last week, signing a contract that will keep him at the Santiago Bernabeu until 2025.

At his presentation on Wednesday, Mendy described how he fought his way back from the brink of having his career ended by surgery to realising his ambition of playing for Los Blancos.

"When I was 15 I had a hip operation and they told me I would never play football again," he told reporters.

"I was in a wheelchair for a while and spent six or seven months in hospital for rehab.

Mendy's arrival has sparked speculation over the future of Madrid full-back Marcelo, but the new recruit is looking forward to learning from the Brazil international as he adapts to life in LaLiga.

He also revealed compatriot Raphael Varane had offered to support him through his transition away from Ligue 1.

"I've spoken to Varane and he told me it was the greatest club in the world," said Mendy.

"He said he would help me to integrate well in the dressing room. That's going to be easier for me as I play with him for France.

"I'm very happy to be a part of Real Madrid. I know the quality of Marcelo. He's had a great career and I'm going to learn a lot from him."

Asked whether France team-mates Paul Pogba and Kylian Mbappe could be the next stars to arrive in Madrid, Mendy replied: "Why not?