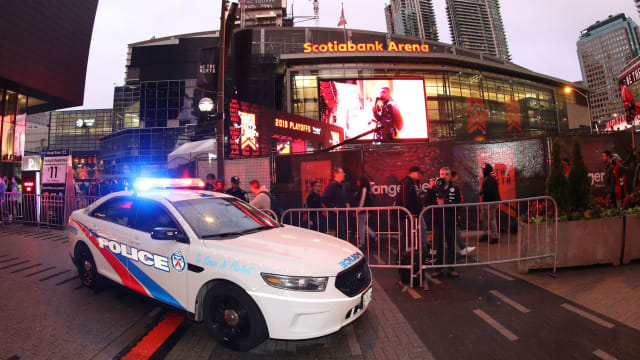 Two people were injured in a shooting during the Toronto Raptors' championship parade on Monday, police have said.

The shooting occurred in Nathan Phillips Square near Bay Street and Albert Street.

Last week the Raptors won their first ever NBA title, beating the Golden State Warriors in six games of the Finals.

There were estimated to be over one million people at the championship parade.