Sinkgraven signs on at Leverkusen 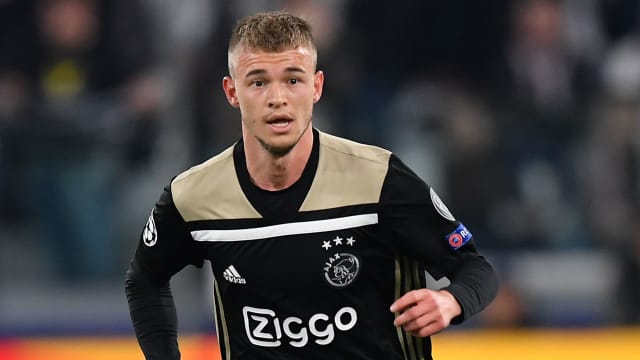 The left-back has signed a contract until 2023 with the Bundesliga side, who have made him their third signing of the close-season ahead of a return to the Champions League in 2019-20.

Sinkgraven was part of the Ajax side that won the Eredivisie and KNVB Beker double in 2018-19 while also reaching the semi-finals of the Champions League.

The 23-year-old made 11 appearances in all competitions last season, though he started just once.

“Daley was retrained by Peter Bosz in Amsterdam to play at left back, but he can also play as a central midfielder and a winger. His versatility gives us many options in the rotation and this is extremely important with the large number of matches ahead of us.” - Rudi Völler pic.twitter.com/uM6T3pRdJO

He joins Frenkie de Jong in leaving Ajax, who are also expected to lose Matthijs de Ligt and Donny van de Beek from the side that stunned Real Madrid and Juventus en route to the last four.

Sinkgraven reunites with former Ajax coach Peter Bosz at the BayArena, with sporting managing director Rudi Voller confident his versatility will be a huge asset to Leverkusen.

"Daley was turned into a left-back in Amsterdam under Peter Bosz but he can also play in central midfield and wide on the flanks," Voller said.

"His versatility gives us further options. That is extremely important in terms of the opportunity to rotate with such a large number of games ahead of us."

Sinkgraven added: "Leverkusen have consistently been one of the best clubs in the Bundesliga for many years.

"I'm looking forward to playing in this league and, of course, to the challenges in the Champions League."