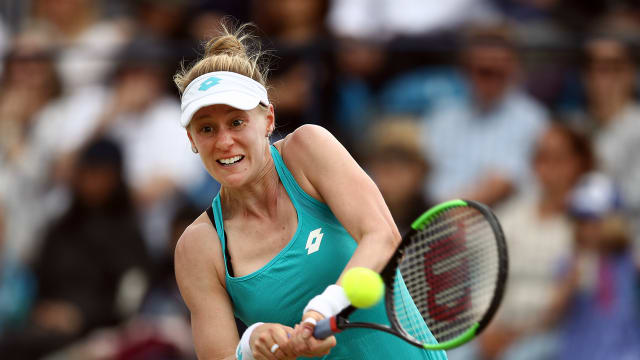 American world number 61 Riske was a set and a break down but scrambled for a 0-6 7-6 (7-3) 7-5 victory over Dutch top seed and world number four Bertens.

Victory from the brink of defeat for Riske gave her a first WTA Tour title since October 2014, when she beat Belinda Bencic in the Tianjin Open final, and a maiden grass-court triumph.

It also meant she snapped a run of six successive final losses and handed Bertens defeat in her first championship match on the surface.

Riske said in an on-court speech: "I'm just so grateful for an awesome week and I look forward to being back again next year."

Riske had lost her three previous matches against Bertens and looked destined to suffer the same fate in Den Bosch before the momentum turned dramatically.

Bertens had taken a fall early in the second set, requiring treatment, but there was no immediate impact on her performance at that stage.

Riske got over the line after a 30-minute rain delay, teeing up two match points with a volleyed winner and seeing the first converted when Bertens fired a forehand wide.