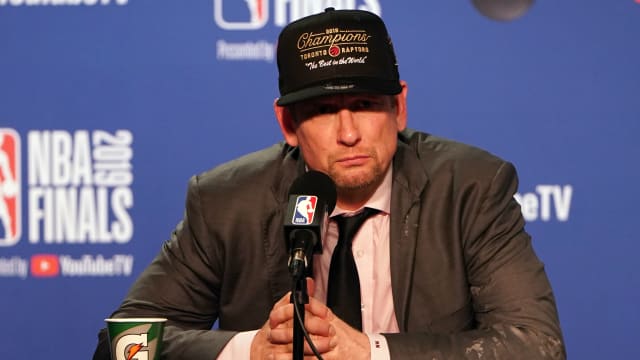 With a championship under his belt, Nurse is now set to coach a Canada team potentially boasting Andrew Wiggins, Jamal Murray and Cory Joseph when the World Cup starts in August.

"I'm getting ready to take another situation soon because I think it's going to make me a better coach," the 51-year-old – who landed the Larry O'Brien Trophy in his rookie season – told reporters on Sunday.

Pressed on whether he was talking about Canada, who are looking for a new coach after Jay Triano stepped down in March, Nurse confirmed a deal was "just about done".

Nurse added: "It's something I'm looking forward to doing... I learned a lot as a coach in that run and I'm hoping this experience will do the same.

"It's a unique time with the World Cup and the Olympics within a short 13- to 14-month window. And it fits in OK. I'm just giving up some vacation time."

Canada will come up against Australia, led by Philadelphia 76ers All-Star Ben Simmons, Lithuania and Senegal in Group H at the World Cup.