Nothing more Raptors can do – VanVleet on Leonard's impending free agency 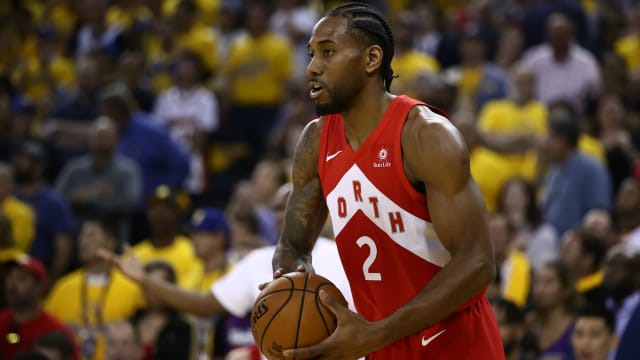 Fred VanVleet said there is nothing more the Toronto Raptors can do to keep Kawhi Leonard as the two-time NBA champion enters free agency.

Leonard was named the NBA Finals MVP as he led the Raptors to their first championship at the expense of the Golden State Warriors.

Discussing Leonard's future, Toronto guard VanVleet said: "I think that for us, at least speaking for myself, there’s nothing more that we can do.

"I would assume that he knows what is here and what makes this place special," VanVleet said as the Raptors look to re-sign Leonard. "And, if it's enough it'll be enough and if it's not then it's not. So, it's not the biggest deal in the world.

"He came here and did what he was supposed to do. He brought this city a championship and I think he's earned his freedom in his career to do what he wants to do and we'll all respect and admire him."

Marc Gasol, who was sent from the Memphis Grizzlies to the Raptors at the deadline, praised Leonard when he met with reporters on Sunday.

"I don't think there's any other player of his calibre in the NBA right now," Gasol said. "He's on a pedestal by himself."

The Raptors acquired Leonard — along with Danny Green — from the Spurs for a package centred around DeMar DeRozan in a blockbuster trade last offseason.

Green will also be a free agent this offseason and said he would like to return to Toronto. But, he added Leonard's decision will have an impact on his.

"He can change a whole organisation," Green said.