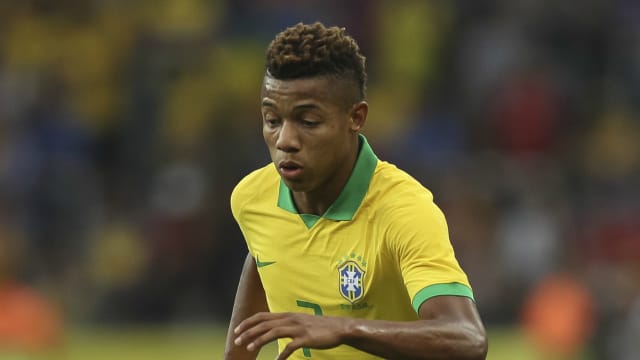 Richarlison has told Brazil team-mate and Ajax star David Neres to join him at Everton.

Eredivisie champions Ajax face a fight to keep hold of winger Neres, 22, after an excellent season won him admirers across Europe.

Neres scored crucial Champions League goals against Real Madrid and Juventus en route to the semi-finals and is reportedly on Arsenal's transfer radar.

Everton, however, are believed to be the frontrunners for his signature and Richarlison wants his compatriot to make the move to Goodison Park.

"I've spoken to him about it already," Richarlison told the Liverpool Echo in the aftermath of Brazil's win over Bolivia at the Copa America, in which both players started.

"I told him the doors are open for him there, and that he could help us a lot.

"I hope he comes. He'd be very welcome there. I've known him since we played together for Brazil Under-20 side, and he's a guy I get along with really well.

"Hopefully I'll see him there."

With 23 domestic goals in the past two campaigns, Neres appears to have outgrown the Eredivisie and could be ready for a dream switch to England.

He said: "Of course the Premier League interests me. It's the best league in the world, and I've always wanted to play there.

"But I leave all that in God's hands."