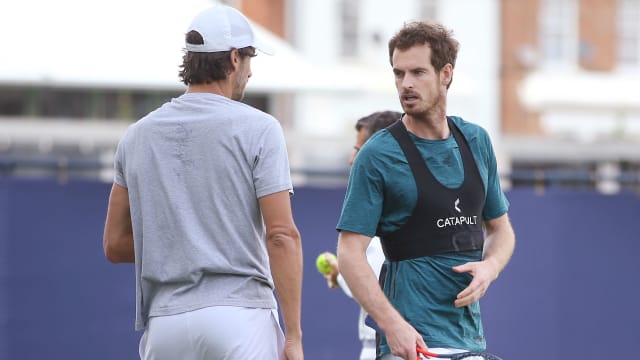 Andy Murray will face the Fever-Tree Championships' top seeds on his doubles return after the former world number one and Feliciano Lopez were drawn against Juan Sebastian Cabal and Robert Farah.

The event confirmed last week that two-time Wimbledon singles champion Murray would make his competitive comeback in the tournament having been out since January following a resurfacing operation on a longstanding hip problem.

The 32-year-old has not played since a five-set Australian Open loss to Roberto Bautista Agut and he and his Spanish partner Lopez have been handed a tough assignment against Colombian duo Cabal and Farah at Queen's.

In the singles draw, top seed Stefanos Tsitsipas will face Kyle Edmund first up while South African Kevin Anderson, another player making his comeback having been out since March with an elbow injury, will meet Cameron Norrie.