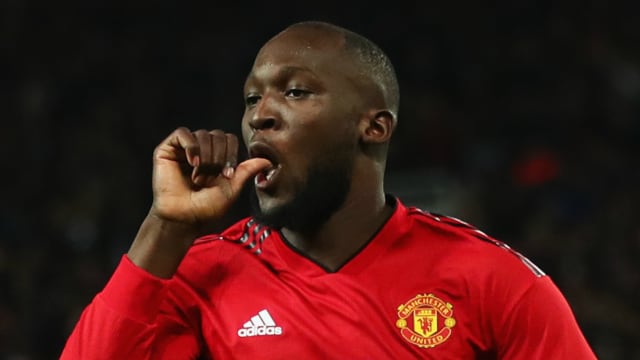 Inter are believed to be interested in signing both forwards as new boss Antonio Conte reshapes a squad that only narrowly secured a top-four finish in Serie A.

Reports state target man Dzeko is close to completing a switch from Roma, while Lukaku's mixed spell at Manchester United will come to an end if the clubs can reach an agreement.

At 33 and with a year left to run on his contract, Dzeko could make the move for a cut-price fee and former Italy star Vieri wants to see the Bosnia-Herzegovina international at San Siro.

"He is the most complete striker in Italy," Vieri told Gazzetta dello Sport.

"He is very strong physically, he has technique, heading ability, he shoots very well with both feet.

"He scores and helps his team-mates score. With him and Lukaku, Inter would become devastating."

24 - Romelu Lukaku has scored 24 goals in his last 21 appearances for Belgium, including seven in his last six. Devilish. pic.twitter.com/HLwKwPhdRF

Inter's city rivals, AC Milan, have their own decisions to make in attack.

Marco Giampaolo is reportedly set to be appointed head coach and one of his first tasks will be to resolve the future of Gonzalo Higuain, who is coming to the end of an uninspiring loan spell at Chelsea.

Vieri spent time at the Rossoneri in the twilight of his career and counselled the club against selling the experienced Higuain, despite the presence of Krzysztof Piatek as the established first-choice striker.

"There's no question. He's scored a mountain of goals," Vieri said of Higuain.

"He wasn't happy at Milan for many reasons, and it was impossible to adapt to English football with Chelsea in a few months.

"If I were a sports director I would bet with my eyes closed on Higuain."