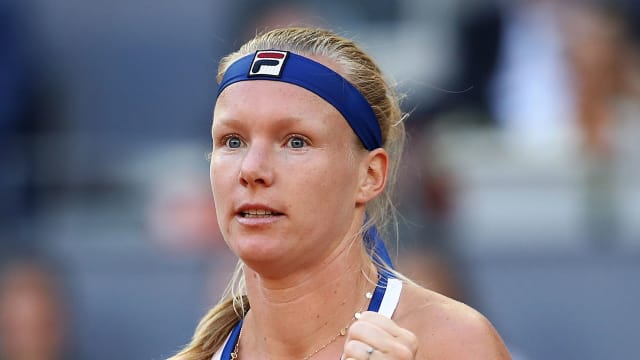 Kiki Bertens reached her first WTA Tour final on grass with a straight-sets victory over Elena Rybakina at the Rosmalen Grass Court Championships on Saturday.

World number four Bertens triumphed 6-4 6-4 to reach the showpiece without dropping a set on home soil and Alison Riske is up next for the Dutchwoman.

Bertens secured a break in Rybakina's opening service game but found herself 3-2 down at the end of game five after the Kazakh got back on serve and then held to love.

However, Bertens stepped up her game and eased to the first set, before surviving a wobble when she was broken to love in her first chance to serve out the match.

The American fell 3-1 behind in the third-set tie-break but won the last five points of the match to set up a meeting with Bertens.

In Nottingham, Donna Vekic reeled off 12 straight games to complete a 5-7 6-0 6-0 victory over Tatjana Maria.

Vekic appears set to face top seed Caroline Garcia in the final, with the Frenchwoman serving with a 4-6 6-3 4-3 lead over Jennifer Brady when play was suspended due to persistent rain.