Three questions Raptors will have to answer after NBA Finals triumph 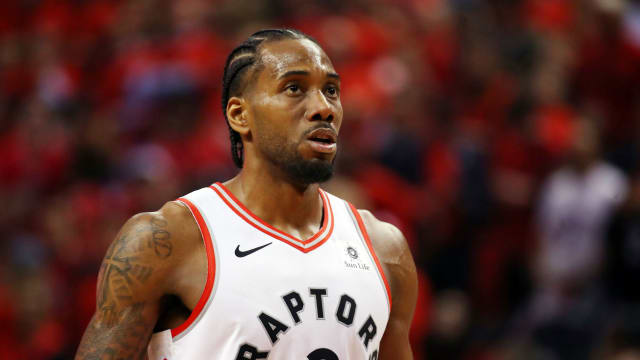 The Toronto Raptors won their first NBA championship in franchise history and now they have some serious questions to answer.

A 114-110 victory against the Golden State Warriors at Oracle Arena on Thursday sealed a 4-2 series triumph and the title.

The questions are all obvious. We will not lie to you.

But hey, we still have them for you because it is fun to do this kind of thing.

Here are three questions the Raptors have to answer this offseason:

Will Kawhi Leonard be in Toronto?

This might be the number one question in all of the NBA this offseason after it was announced Warriors star Kevin Durant had ruptured his Achilles. Kawhi Leonard is the best player on the free-agent market and the Raptors have him — for now.

So, did Toronto do enough this season to convince Leonard to stay? Or will he move on to another team following a second Finals MVP award?

Whatever the star forward decides will determine the team's future going forward. If he re-signs, the Raptors are instantly a favourite to get back to the NBA Finals. If he leaves, they may have to start building around Pascal Siakam.

Do they want to keep Marc Gasol?

Marc Gasol is a great defender, a good offensive player and has been a pivotal part of the Raptors' postseason run. But is he a player Toronto want to bring back?

He struggled to fit into the team's push-the-pace offense for a good portion of the playoffs and will be 35 next season. He has a player option for 2019-20, so he could simply opt in and come back, but it remains to be seen if he even wants to do that.

So, was he just a rental or is he part of the team's future?

What do you do with Danny Green?

Danny Green is another player who ran into some problems at times this season, but he has always been someone who is a bit streaky.

Green – who was part of the trade to bring Leonard to Toronto from the San Antonio Spurs at the start of the season – will be a free agent after this campaign, but he is a valuable three-point shooter and defender.

But, he will be 32 next year and it may be more logical to bring in a younger player to match what he does on the floor. Younger players, however, have not been where Green has. He is a veteran of 123 playoff games and has made appearances in three NBA Finals. Odds are those stats will not be on the open market.