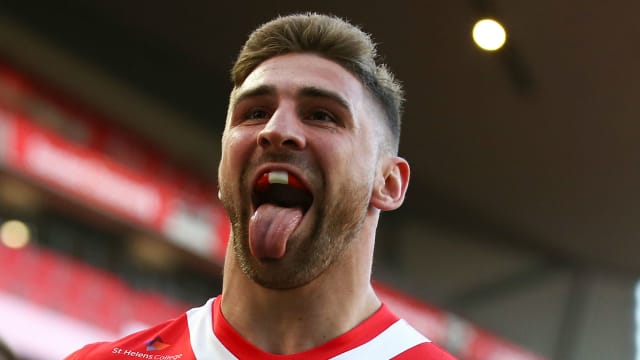 The bottom-of-the-table Broncos pulled off a stunning 23-22 upset of Saints last weekend, but the leaders put that behind them with a dominant display on Friday.

Makinson marked his 200th appearance for the club with a treble, while Jonny Lomax scored a try in each half and Theo Fages also crossed as the Giants were put to the sword.

Lachlan Coote was outstanding in a one-sided contest, the full-back scoring one try and creating five, while also booting five goals as Justin Holbrook's side moved six points clear of Warrington Wolves.

Back to winning ways! #saintsandproud#redvpic.twitter.com/XBKzHbWWDI

Wigan ended the Rhinos' mini revival, winning 23-14 at Headingley on a night it was confirmed Leeds captain Kallum Watkins will join Gold Coast Titans on July 1.

Oliver Gildart and Adam Cuthbertson scored the only tries of a first half which ended with the Warriors 11-8 to the good.

Trent Merrin's converted try put the Rhinos in front 10 minutes into the second half, but Oliver Partington's first Wigan try and a late Tony Clubb score gave the Warriors the victory to keep Leeds only two points ahead of the Broncos and Hull KR.