Chiefs charge into play-offs as Highlanders stay in contention 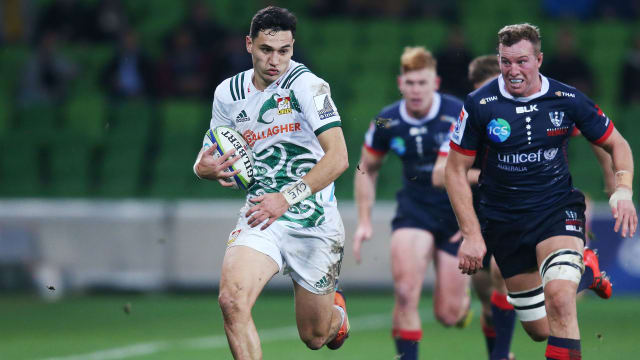 The Chiefs secured their place in the Super Rugby play-offs in style on Friday, while the Highlanders kept their hopes alive with a landslide win of their own.

Winger Shaun Stevenson scored a hat-trick of tries as the ruthless Chiefs tore apart the Rebels, running out emphatic 59-8 winners at AAMI Park in Melbourne.

Jack Debreczeni also touched down and kicked six conversions in the rout, meaning the Hamilton-based team heaped more misery on a Rebels side beaten 66-0 by the Crusaders in the previous round of fixtures.

Sam Cane crossed to open the scoring in the 13th minute while Sean Wainui, Anton Lienert-Brown, Lachlan Boshier and Marty McKenzie also went over, with the bonus-point triumph completing an impressive comeback after Chiefs had opened the campaign with four straight defeats.

What a performance in Melbourne!#REBvCHIpic.twitter.com/RcJe26nq24

Highlanders, meanwhile, remain in play-off contention after a 49-12 thrashing of the Waratahs, who are now out of the post-season picture.

Needing a bonus-point win to remain in contention, Highlanders charged out to a 42-12 half-time lead in Wellington against opponents minus several of their Australia internationals as part of the Wallabies' World Cup preparations.

Josh McKay, Tevita Li, Thomas Franklin, Waisake Naholo and Teihorangi Walden all crossed for the hosts, while their pack also forced a penalty try in the 35th minute.

Josh Ioane was succesful with five of his attempts at the posts but the high-scoring Highlanders eased off after the interval, Rob Thompson eventually adding to their points tally in the 80th minute with a try that Elliot Dixon converted.