Alonso tipped to bounce back from Indy 500 misery 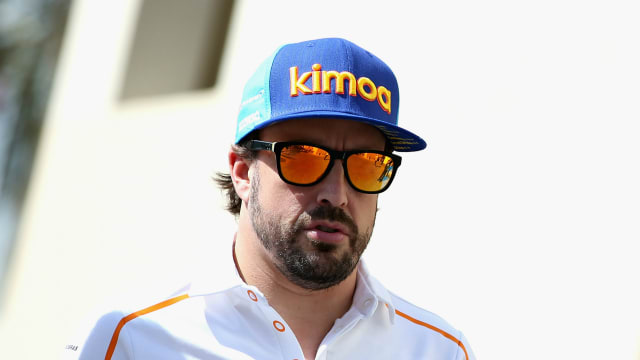 Fernando Alonso can put this year's Indy 500 frustration behind him and still achieve motor racing's Triple Crown, according to one of the most experienced men on this weekend's Le Mans grid.

The Spaniard was frustrated to miss out on a place in the crown jewel event of American motorsport last month, and his McLaren team said they were "hugely disappointed" not to qualify.

Alonso is a two-time Formula One world champion and triumphed at the Le Mans 24 Hours event with Toyota Gazoo Racing last year, having won the Monaco Grand Prix twice during his F1 days. He also led the Indy 500 in 2017 for 27 laps before having to retire from the race.

The 37-year-old is at Le Mans again this week for another shot at the endurance race, teaming up with Sebastien Buemi and Kazuki Nakajima for Toyota once more, reuniting last year's triumphant trio.

Toyota's big three will start second on the grid on Saturday.

French driver Sebastien Bourdais, who raced for Toro Rosso in Formula One in 2008 and 2009, has years of IndyCar experience behind him and is sure Alonso can complete the set at Indianapolis, if given a suitable car.

"He sure has the talent and the opportunity," Bourdais said, speaking to Omnisport while pinning the blame on McLaren.

"It can't only be the driver - you've got to have the car.

"Fernando had nothing to do with the debacle at Indy. Basically they didn't do a good job and they got the whip for it."

British driver Graham Hill remains the only man to have won the Triple Crown of Monaco GP, Le Mans and the Indy 500.

Bourdais hails from Le Mans, so competing at his hometown race is always a pleasure for the 40-year-old who won four US Champ Car World Series titles from 2004 to 2007.

This weekend he races in the lower-tier GTE Pro class, while the likes of Alonso, Bruno Senna and Vitaly Petrov compete in the elite race.

See you all Saturday 3pm on the track!#LEMANS24#wec#SuperFinalepic.twitter.com/PkXNEP8qch

"What makes it special is the legacy of the race," Bourdais said.

"It's like when you go to the 500 and you show up and it just feels like no other race.

"The scope of the event, the attendance, the international crowd, the history, the track itself, you know how much effort, money and resources are entering into the event."