Zverev Brown and out in Stuttgart, Tsitsipas suffers Jarry upset 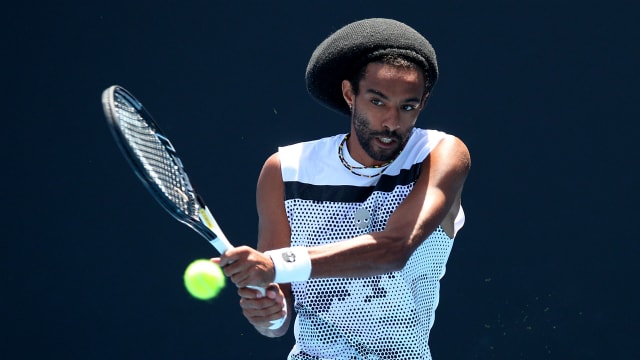 Dustin Brown pulled off a huge upset by beating fellow German Alexander Zverev at the Stuttgart Open and Stefanos Tsitsipas also made a losing start to the grass-court season.

Brown had not won a main-draw match on the ATP Tour since the 2017 US Open before this week, but the enigmatic showman is through to the quarter-finals in his homeland after a stunning 6-4 6-7 (3-7) 6-3 defeat of the top seed.

Zverev, playing his first match since a French Open quarter-final defeat to Novak Djokovic, paid the price for converting only one of 14 break points and double-faulted 14 times in a stunning loss.

The 170-ranked Brown showed great athleticism at the age of 34, breaking the world number five on three occasions in a typically entertaining performance on Thursday.

Qualifier Brown will now face Felix Auger-Aliassime, a 7-5 6-4 winner in the final match of the day against Gilles Simon.

The top five seeds have all made early exits in Germany, with Karen Khachanov losing 6-4 6-2 to Matteo Berrettini and Denis Kudla beating Gael Monfils after Daniil Medvedev and Nikoloz Basilashvili crashed out on Wednesday.

Tsitsipas bowed out of the Rosmalen Grass Court Championships as Nicolas Jarry defeated the top seed 6-4 3-6 6-4.

Jarry served 13 aces and broke twice to claim the scalp of the 20-year world number six in 's-Hertogenbosch.

Fernando Verdasco was another seed who was second best, Adrian Mannarino rallying from a set down to win 1-6 6-3 6-4 and advance along with David Goffin and Cristian Garin.