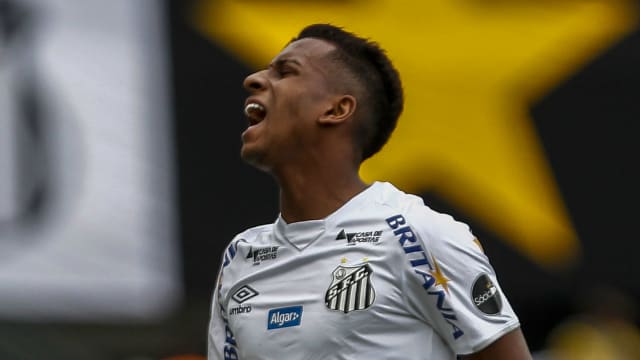 Rodrygo Goes bid an emotional farewell to Santos ahead of joining up with Real Madrid.

The Brazilian teenager signed for Madrid in June 2018, with Los Blancos paying a reported €45million for him, but remained at Santos for another year.

Rodrygo has not played since May due to a dispute between Santos and the Brazilian Football Confederation, although he was present at Wednesday's 1-0 win against Corinthians.

The 18-year-old was given a shirt with the number 82 to mark the amount of games he played for Santos and was visibly emotional as a video tribute was played on big screens.

"I will not say much, I do not like crying in front of everybody," Rodrygo told reporters ahead of the Corinthians game.

"I'm very emotional and I want to say to every Santos supporter that I'm going to miss it so much and I'm always going to take Santos in my heart."