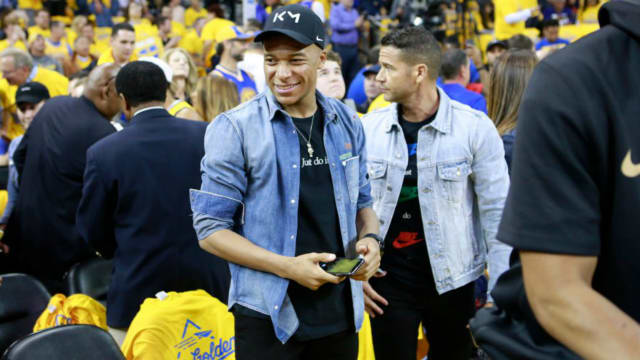 Paris Saint-Germain star Kylian Mbappe was in attendance as the Golden State Warriors faced the Toronto Raptors in the NBA Finals.

Oracle Arena was the venue for Game 6 of the Finals, with two-time reigning champions the Warriors needing to beat the Raptors to keep their three-peat hopes alive.

And France sensation Mbappe was a notable onlooker as the Warriors and Raptors clashed in the Bay Area on Thursday.

The Raptors – seeking their first title – lead the Warriors 3-2 in the series.

Linked with a move to LaLiga giants Real Madrid, Mbappe led PSG to the Ligue 1 title after topping the goalscoring charts.