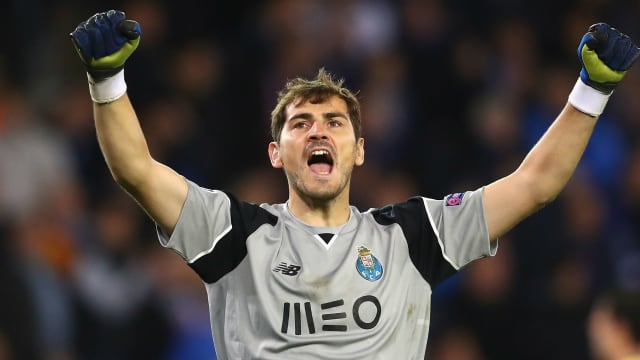 Iker Casillas has denied fresh reports he is retiring from football after he suffered a heart attack during training with Porto last month.

The Real Madrid and Spain great had a myocardial infarction on May 1 and underwent emergency surgery before returning home five days later.

Reports in Portugal claimed Casillas will announce his retirement on Thursday, with the goalkeeper said to be taking up a role on Porto's board of directors.

But the 38-year-old indicated the media have jumped the gun, because he is yet to be told by medical experts whether he has recovered enough to play football again.

"The same as this tweet a month ago, except for the part of the medical check with the doctor," Casillas wrote on Twitter, referencing a previous retirement denial.

"More than anything because I have it tomorrow."

Casillas came through Madrid's academy and established himself in their first team as a teenager, going on to play 725 times for the club in all competitions, a total bettered only by striker Raul (741).

He won every trophy possible with Los Blancos, including three Champions League crowns and five LaLiga titles, and was also a part of the historic Spain team that won the country's first World Cup in 2010 and ended a 44-year wait for European Championship success two years earlier.

The keeper, who went on to win Euro 2012 and is regarded among the finest of his generation, remains Spain's all-time leading appearance maker with 167 caps, though Sergio Ramos will likely overtake him soon.