Rumour Has It: PSG in advanced talks to sign De Ligt 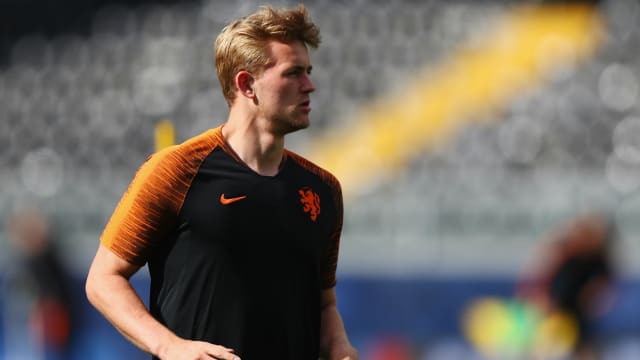 One of the most in-demand players this off-season, Matthijs de Ligt's future could be about to come clearer.

A reported target for Barcelona, Manchester United and Juventus, Paris Saint-Germain are right in the mix to lure the Ajax captain to the French capital.

After helping Netherlands reach the Nations League final, De Ligt is believed to be close to swapping Ajax for Paris - where PSG are craving Champions League success.

The report claims a deal could be finalised "shortly" after the looming return of director Leonardo from AC Milan, with LaLiga champions Barcelona the only other team in the mix.

- Premier League champions Manchester City and their rivals Manchester United could be pipped to the signing of Benfica sensation Joao Felix by Atletico Madrid, according to The Mirror.

- According to Tuttomercatoweb, Inter winger Ivan Perisic is a target for Premier League side Leicester City. The 30-year-old Croatia international has also been linked to Arsenal and Manchester United.

- Napoli are preparing a €50million bid for PSV star Hirving Lozano, La Gazzetta dello Sport reports. The Italian side, who have also been linked to Real Madrid outcast James Rodriguez following a two-year loan spell at Bayern Munich, tracked the Mexico international throughout the 2018-19 campaign.

- Tottenham are set to make a new offer for Real Betis and Argentina star Giovani Lo Celso, according to The Mirror. Spurs – who are looking to invest following an unexpected Champions League final berth – reportedly had a £53m bid knocked back for the midfielder.

- According to The Sun, Manchester United target Aaron Wan-Bissaka has asked Crystal Palace to grant him a move to the Red Devils. United – who are also reportedly eyeing Leicester City centre-back Harry Maguire – have already had an offer turned down. Moving further up the field and Sport claims Ole Gunnar Solskjaer's side have made contact with Barcelona midfielder Ivan Rakitic following their sixth-place finish in the Premier League.