Raonic edges out Tsonga at Stuttgart Open, Coric fights back in 's-Hertogenbosch 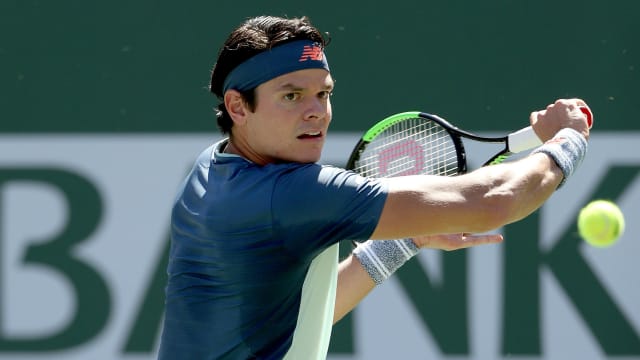 Raonic, runner-up in 2018, has returned to action at this tournament having withdrawn from the French Open due to his failure to overcome a knee injury sustained at the Miami Open in late March.

The sixth seed hit 24 aces as both players struggled to make any great inroads against serve.

Marton Fucsovics will be the world number 18's opponent in the quarter-finals, after the Hungarian saved three match points to beat fourth seed Nikoloz Basilashvili 6-7 (4-7) 6-2 7-5.

He's moving into the quarters in Stuttgart  pic.twitter.com/hZTKb8Y1ry

Meanwhile, Borna Coric started his grass-court season in style as he came from behind to beat Taylor Fritz 4-6 6-3 6-3 at the Rosmalen Grass Court Championships in 's-Hertogenbosch.

Fritz won all 12 of his first-service points in the opening set, but in the final two sets, second seed Coric converted all three break points to progress into the quarter-finals, while third seed Alex de Minaur overcame Andreas Seppi.